Whit Stillman’s Metropolitan and The Last Days of Disco will be playing at The Metrograph December 1-4.

Here’s a vintage clip of Chris Eigeman promoting The Last Days of Disco. It’s a great watch as Eigeman always gives funny and engaging interviews. J-Lo precedes him. Eigeman states that Whit Stillman was under pressure not to use him, because it wouldn’t match up with his character in Barcelona (since all three films are trilogy). Eigeman even states that he was helping audition actors to play his part, but ultimately they couldn’t find anyone to replace him.

A while back I posted an article on how Kubrick loved Barcelona, but now here’s another article that states Kubrick loved both Barcelona and The Last Days of Disco. The article also adds John Calley relayed this information on to Stillman. John Calley was a good friend of Stanley Kubrick. So now there are three sources that have said Kubrick was a fan of Stillman’s work. The sources being John Calley, Nicole Kidman, and Thomas Gibson.

In this Eye For Film Article by Anne-Katrin Titze, she interviews Whit Stillman on his connection to Stanley Kubrick.

At the bottom you can check out a link to another article by Anne-Katrin Titze. One part of it talks about how big trucks were used to block out anything that wasn’t period in The Last Days of Disco. Then another article here.

WS: It was a wonderful thing. You know, when these films are coming out, you are not sure how they are being received. And a lot of people don’t like them and complain about them. So that was true of both Barcelona and The Last Days Of Disco.

And then it was really encouraging that the studio head, John Calley, said “Oh, you’d be surprised who’s talking about you recently.” And I said “Well, who?” And he said “Stanley Kubrick. He really loved both Barcelona and Disco and wanted to know about the cinematographer John Thomas.”

And I was trying to think of that, because, you know, Kubrick cinema, our cinema, not much connection. I think it’s the expat point of view. Barcelona is very much an American expatriate film. People don’t talk about it that much, but Kubrick was one of the legendary expatriates.

Whit Stillman’s Metrpolitan (Nov. 10th),The Last Days of Disco (Nov. 9th), & Damsels in Distress (Nov. 11th) all play at The Olympia Film Festival, in Washington State.  Stillman will give a Q&A after each film. 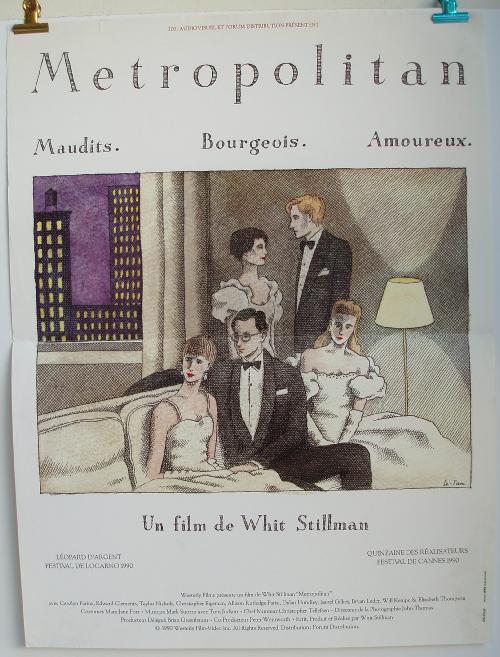 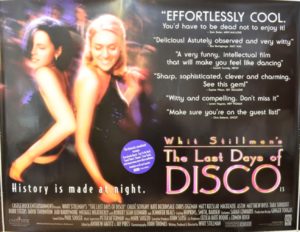 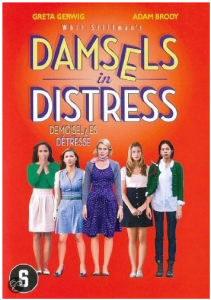 Whit Stillman’s The Last Days of Disco will screen at the Olympia Film Festival on November 9th.  Stillman will be there in person.